Clean Coonoor is a Registered Charitable Public Trust which believes that the role of any Non Governmental Organisation, is to reach out into areas where the government machinery cannot.

We believe in providing support to the District Administration and the Local Body concerned, to keep the Town of Coonoor and its surroundings clean and hygienic. Our activities do not stop with this alone, we as well hold awareness programmes on subjects such as the ill-effects of, littering, indiscriminate plastic usage, and such. We at Clean Coonoor also try and instil among residents and tourists alike, a sense of responsibility and pride in the town, through periodical heritage and nature walks, discourses, lectures, & such. Eco-restoration, revival and restoration of heritage buildings, promotion of art and culture, are some of our other activities.

It all began post-Diwali of 2014, when a concerned citizen, on noticing the quantity of litter left behind by irresponsible tourists, roped in a few acquaintances to help clear up the mess. Encouraged by the success the group which quickly grew in numbers started regular cleanup activities in and around the township of Coonoor, and later went on to become a registered trust on 29 April 2019.

Realising that cleanups alone were not enough to address the huge problem of littering, the organisation decided to tackle the issue at its root, preventing littering by promoting awareness. This it does by trying  to instil a feeling of pride in the township, a sense of responsibility, in the minds of the resident and tourist alike ; through heritage and nature walks, symposia, and other such activities in addition to regular cleanups.

At the behest of the district administration, volunteers of Clean Coonoor have also started clearing up the blocked culverts and clogged-up drains of the town. A total number of twelve such culverts have been identified of which ten have been cleaned.

Pleased with the results, the District Collector has been kind enough to sanction a grant-in-aid from the Green Tax Funds, to help recreate a part of a wetland near Yedapalli which once served as a source of potable water. The planting of native grasses which retain water in this degraded region is complete. Clean Coonoor soon plans to expand this venture to the remaining areas of the marsh, and other such regions around the town.

Taking into consideration the sullied state of the Coonoor River, the organisation had conducted a study which has revealed, that in addition to being polluted by raw sewage, the river also holds tons of solid waste which had been dumped into its waters over a period of 20 years. It had also apprised the district officials of this fact through a 10 minute documentary and the findings of a pilot cleanup.

Through a charitable gesture from an individual based at Hyderabad, Clean Coonoor has managed to de-silt one tributary of the river. The entire exercise which lasted over a period of 42 days, yielded around 12000 tonnes of soil and other debris. The other feeders and the main river will be dealt with in a phased manner, and the operations are expected to last for a couple of years. Clean Coonoor is now working in coordination with the district administration and the local body on finding a viable long-term solution for the sewage problem.

It was the very same individual also funded the post-season cleanup of the ghat road leading to the hill station, during which around 2 – 3 tonnes of plastic litter was handpicked by around 80 volunteers. A report of the same which appeared in ‘The Hindu,’ prompted the Honourable Madras High Court to impose a ban on the sale of articles wrapped in plastic and plastic water bottles along the ghats. The ban which also prohibits tourists from entering the hills carrying items of plastics is in effect from 1 Sep 2019.

To dispose of the trash collected during its cleanups in a useful manner, Clean Coonoor is in the process of tying up with rag-pickers in a way to enhance their livelihood, by collecting and transporting, reusable material which otherwise end up in landfills, to recycling units. It has also spruced up the municipal dump yard by covering the mixed waste lying around with the soil excavated during the de-silting of the river.

To prevent further accumulation of mixed waste at the dump yard, Clean Coonoor will be providing the municipality, with a machine for baling the plastics, and another for pyrolysis to deal with other waste such as napkins, rags and etc.

For these activities the organisation has been honoured with a certificate of recognition from the Rotary Club of The Nilgiris, and was conferred the Kulpati Munshi Award by the Bharathiya Vidya Bhavan Nilgiri Kendra for this year. 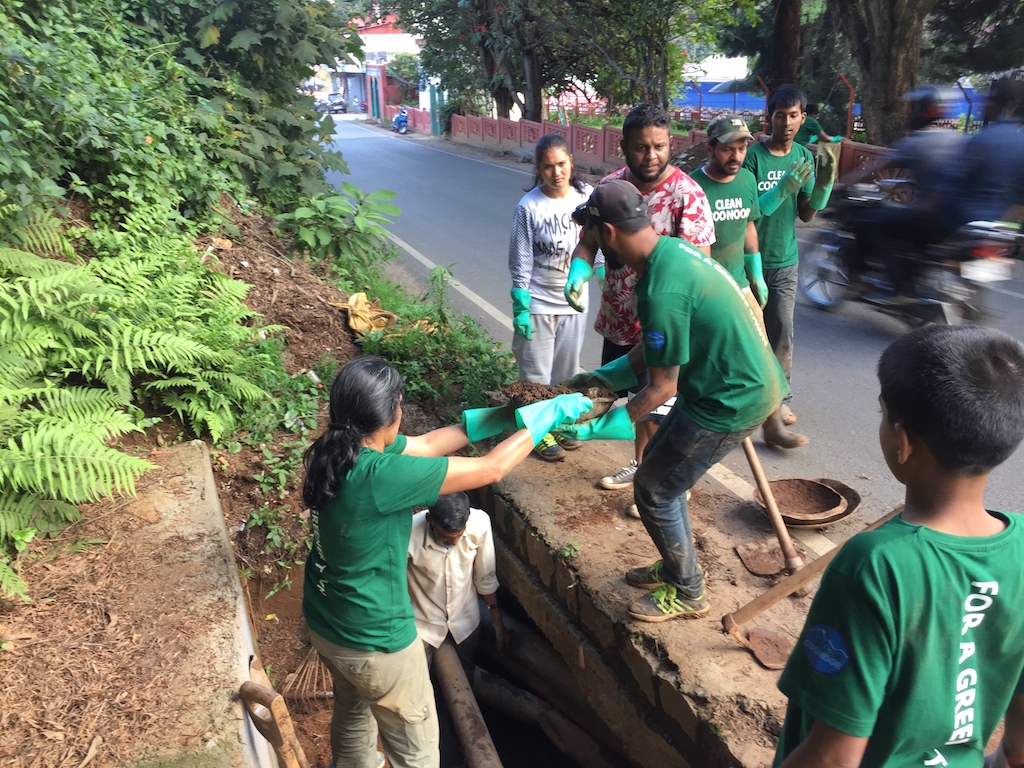 FAQs
What is Clean Coonoor? The meaning of clean usually refers to removing something unwanted: you clean your hands by washing them, then you can clean some grapes. This word has many meanings related to being pure or empty. Clean Coonoor is a community campaign which strives to help the town have: A clean and safe water supply. A clean and safe ambient air. […]

The History of Coonoor

The History of Coonoor
The little town of Coonoor lies at the head of a grand ravine and pass which bears its name. Although the ravine faces the Southeast, a considerable portion of the town is chiefly built on the western slopes of one of the valleys at the head of the pass,  and over the […] 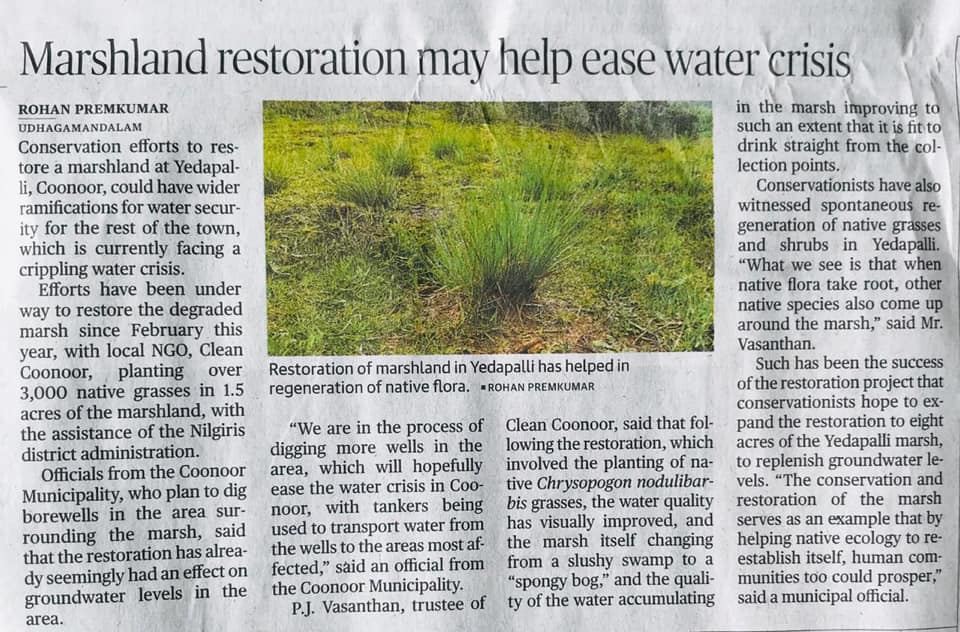 In the Media
Explore how our work has been covered by the media [..]